"Make It Shine" is a song performed by American actress and singer Victoria Justice, and written by Dan Schneider, Backhouse Mike, and its producer, Dr. Luke, for the Nickelodeon television series Victorious. It was originally released on the channel's website on March 9, 2010, and later re-released on April 13, as the first promotional single from the series' soundtrack album, Victorious: Music from the Hit TV Show, released on August 2, 2011, where it was placed as the first track.[1][2]

On March 9, 2010, Dan Schneider, one of the writers of "Make It Shine" and the creator of Victorious, posted on his Blogger page the song leaked and is available for listening on the Nickelodeon website, revealing the track was written and produced by Dr. Luke and Michael Corcoran (also known as Backhouse Mike).[1] Victoria Justice also tweeted she was "freaking out" about the leak.[3] The song was later released on the series' website, TheSlap.[4] On April 12, Justice tweeted it would be released on iTunes the next day.[5]

"Leave It All to Shine", the medley of "Make It Shine" and "Leave It All to Me", the theme song of iCarly (Schneider's another Nickeloden series), was released on June 10, 2011.

"Make It Shine" is used as the series' theme song and appears in its opening sequence since the second episode, "The Bird Scene". The only episodes where the sequence doesn't occur are "Pilot", "Blooptorious", and "The Breakfast Bunch". The song is cut short in the intro to the first verse, pre-chorus, and chorus. "Freak the Freak Out", as the only episode, had a longer sequence. Additionally, as a tribute to this song, Tori Vega (portrayed by Victoria Justice) decided to decorate her locker at Hollywood Arts High School by adding its title on it because of how much it means to her. "Make It Shine" has been performed four times in the series, the most of all songs, and once on TheSlap.

"Make It Shine" was first performed by Trina Vega (portrayed by Daniella Monet) and by Tori Vega in the series' first episode, "Pilot", that premiered on March 27, 2010. In the series' universe, the song was composed and written by André Harris (portrayed by Leon Thomas III), who partners with Trina for the big showcase at their school, Hollywood Arts, despite her lack of singing skills. However, her tongue is swollen just before the performance, as a result of which she couldn't sing. Looking for someone to replace her, André suggests Trina's younger sister, Tori, who helped them with their rehearsals. Tori, who don't want to perform at all, is eventually dragged onto the stage where she's stressed out at first, but decided to continue the performance. It turns out the performance was great enough the school's principal, Eikner (portrayed by David Starzyk), offers her to go to Hollywood Arts, which Tori eventually agrees to because of the audience's applause.

The song was performed a second time by Tori Vega, André Harris, Trina Vega, Robbie Shapiro (portrayed by Matt Bennett), Jade West (portrayed by Elizabeth Gillies), and Beck Oliver (portrayed by Avan Jogia) in the episode "Survival of the Hottest" which premiered on June 26, 2010. At one point when the group is stuck in Beck's RV at hot temperature, André says his grandmother advised him to sing a song so it would be better when bad things happened. Though Trina finds it stupid, Tori eventually stars singing the chorus of "Make It Shine", and the others eventually joins her until their friend, Cat Valentine (portrayed by Ariana Grande), frees them from the vehicle.

"Make It Shine" was performed a third time by Tori Vega with André Harris in the episode "Helen Back Again" which premiered on September 10, 2011. The new principal of the Hollywood Arts, Helen Dubois (portrayed by Yvette Nicole Brown), announces re-auditions for students to stay in the school. Tori and André, who work together for the re-audition, have trouble choosing a song at first, until Tori offers to perform a remixed version of "Make It Shine". After their performance, André asks Helen if she likes it, but she only screams for the next student, though later it turns out Tori and André are staying at school, so she liked it.

The song was performed a fourth time by Tori Vega in the episode "The Breakfast Bunch" which premiered on January 28, 2012. Tori, along with her friends, went to her locker to get the tacos, though they should have been sitting in the library due to their detention. The gang tries to get back to the library as not to be caught by the vice principal, Mr. Dickers (portrayed by Rob Riggle). However, at one point they get stopped by the wet floor in the hallway. To distract him, Tori decides to run through the hallway singing "Make It Shine" and destroying posters, but is eventually caught by Dickers who criticizes her for singing off-key and locks her in the janitor's closet.

The song was performed in the first episode of the Rex Sings segment on TheSlap by Rex Powers (voiced by Jake Farrow), to which Sinjin Van Cleef (portrayed by Michael Eric Reid) dances.

AllMusic's William Ruhlmann mentioned "Make It Shine", along with the album's next track, "Freak the Freak Out", is "typical of the teen pop genre due to its relentless beats, synthesized instrumentations, nonstop simple, repetitive choruses, and Auto-Tune vocals".[6]

The song was ranked sixth on the list of the best songs from Victorious by Megan Gaertner from Her Campus, writing "The theme song for the show, this song is uplifting and catchy. They lyrics of this song get referenced several other times throughout the series, and the song works perfectly to summarize the themes throughout."[7]

It was one of the five songs by Justice to appear on the 2011 Kid Digital Song Sales year-end chart, with the others being "Beggin' on Your Knees", "Best Friend's Brother", "Leave It All to Shine", and "I Want You Back". "Make It Shine" peaked at number 22.

The music video for "Make It Shine" was released on TheSlap in May 2010. It features Victorious cast dancing on the set used in the series for Hollywood Arts High School. Many scenes from this video were used for the opening sequence.[26]

"Make It Shine" was performed live by Victoria Justice for the first time during the Victorious: Walmart Soundcheck concert on May 26, 2011. The song was a part of the setlist of her 2013 Summer Break Tour.

[Verse 1]
Here I am, once again
Feelin' lost but now and then
I breathe it in to let it go

[Pre-chorus 1]
And you don't know where you are now
Or what it would come to, if only somebody could hear
When you figure out how
You're lost in the moment, you disappear

[Verse 2]
Reachin' high, feelin' low
I'm holdin' on but lettin' go
I like to shine, I'll shine for you

[Pre-chorus 2]
And it's time to show the world how
It's a little bit closer, as long as I'm ready to go
All we have is right now
As long as you feel it inside, you know

[Bridge]
Everyone can tell you how it's all been said and done (Woah)
That harder times will change your mind
And make you wanna run
But you want it, and you need it
Like you need to breathe the air
If they doubt you, just believe it
That's enough to get you there 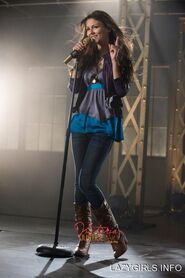 Filming of the music video 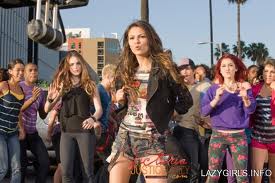 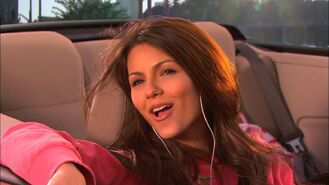 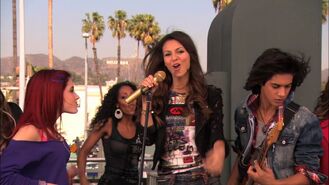 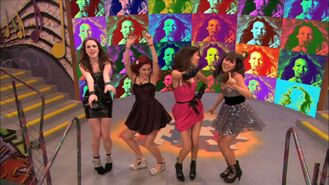 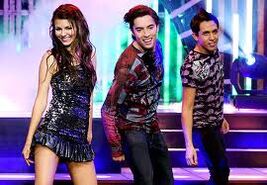 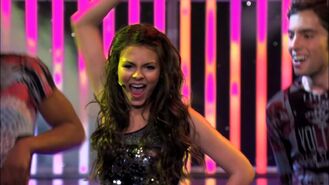 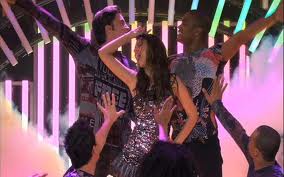 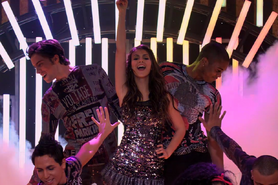 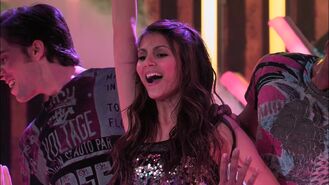 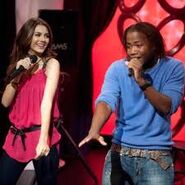 Victorious performance (from "Helen Back Again")