See Love Zombie - EP if you're looking for Victoria's next project release.

Victoria Justice has announced that she will be releasing her first solo album called "Firefly" in 2015. [1][2].

The songs for the album began writing process in 2010.

In March 2011, Justice spoke with Paradise Magazine about the album, stating that "there are so many different types of songs and I write about anything and everything. I’m just flushing out as many ideas as possible." [3]

In March 2013, Victoria told Famous: "I'm going to start writing my solo album, so I'll definitely be focusing on that. Songwriting is something that I'm very passionate about and I can't wait to express myself as an artist and for people to get to know me differently than just a girl who sings music in Victorious. I'm looking forward to break away from that and doing my own thing."

On August 19, 2014, Victoria left Columbia Records.[5] After the departure, she has announced to be working on new music with Toby Gad.

Songs composed for the album

"It's going to be classified as pop, but I'm not exactly sure yet. I'm still figuring out what direction I want to go in because I feel like my taste in music is so eclectic.I love organic soul music and I love dance music so I have to find exactly what lane I want to go down. I'm definitely going to be writing all of it." - Victoria on the album. 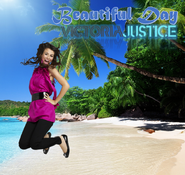 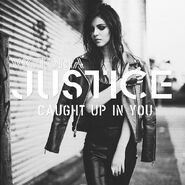